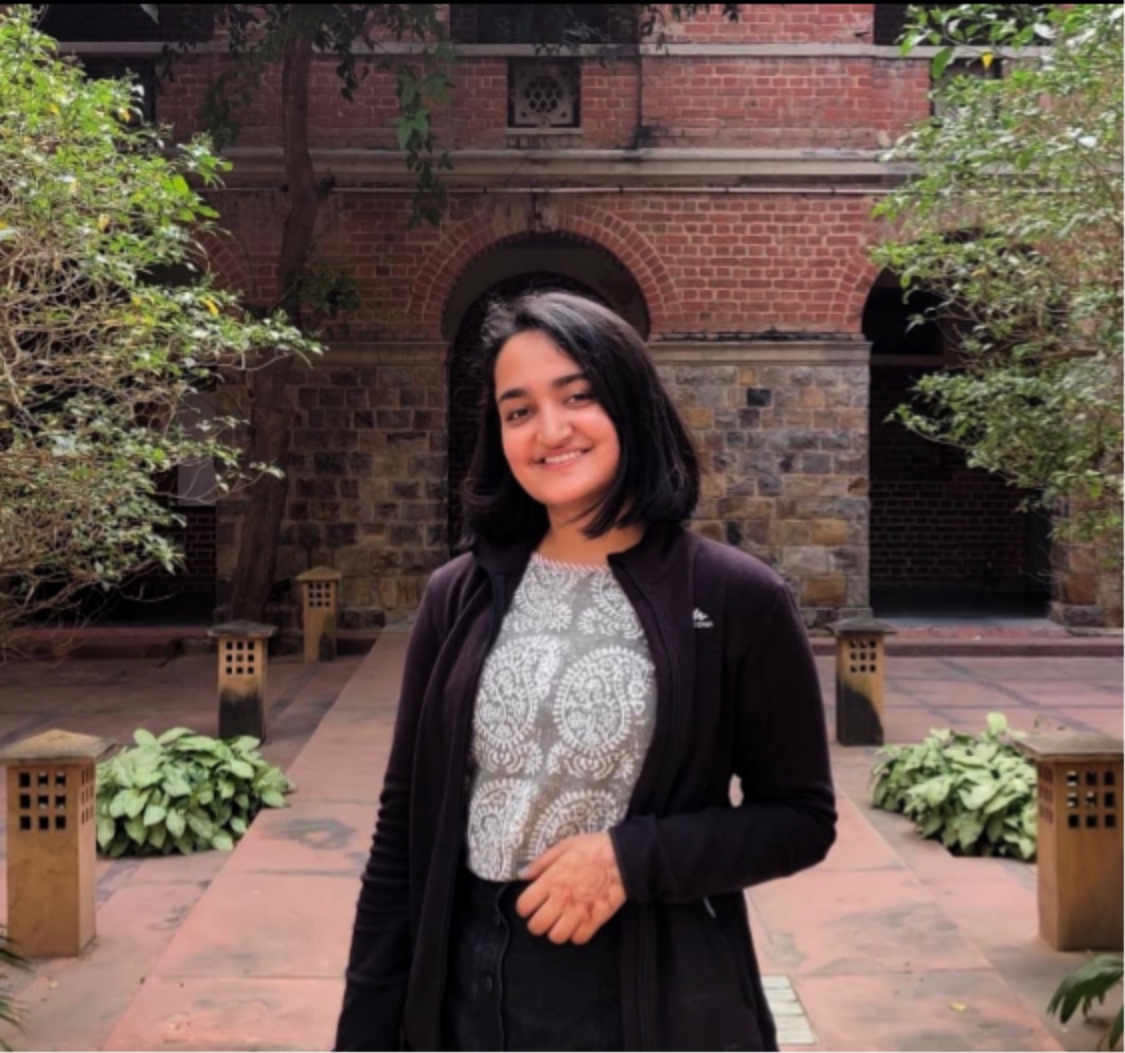 Radhika is from Jhansi and completed her bachelors in Mathematics honours from Miranda House, University of Delhi. Always being equally fascinated by science and art, and how our brains function, led her to the study of mind. Her areas of interest are cognitive neuroscience, memory and learning, brain plasticity, AI, decision-making and music cognition. Outside the classroom she can be found petting dogs in the campus, reading, taking photographs, exploring different cuisines or maybe singing in her room. 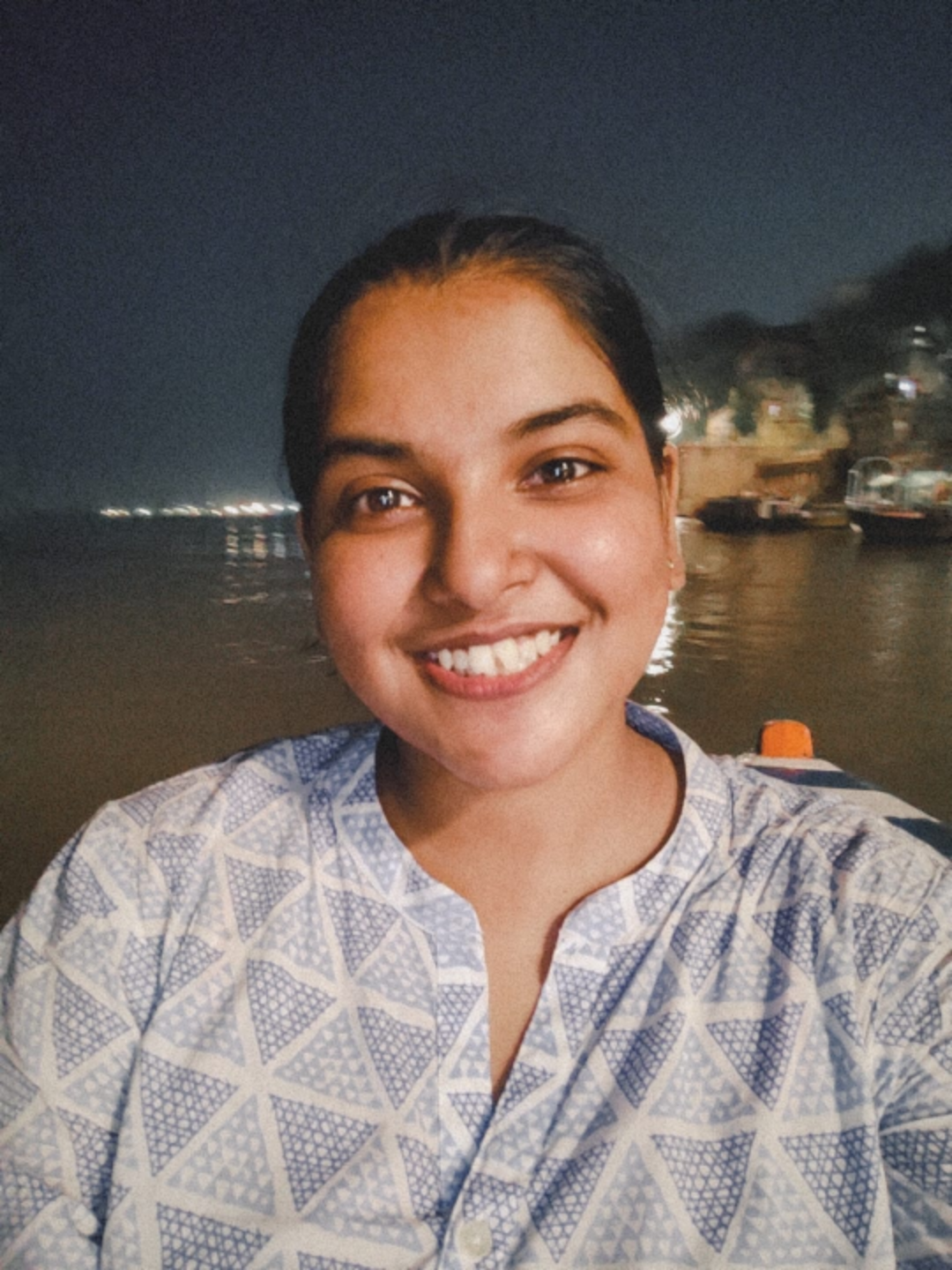 Susanna Lakhan is from the energy capital of India and graduated in Psychology honours from Banaras Hindu University. She is passionate about investigative tools and behavioral sciences which direct her toward decision-making and emotions. This includes developmental studies of children and adolescents. Apart from academics, she can hear true crime podcasts, watch action movies, capture nature and explore places. 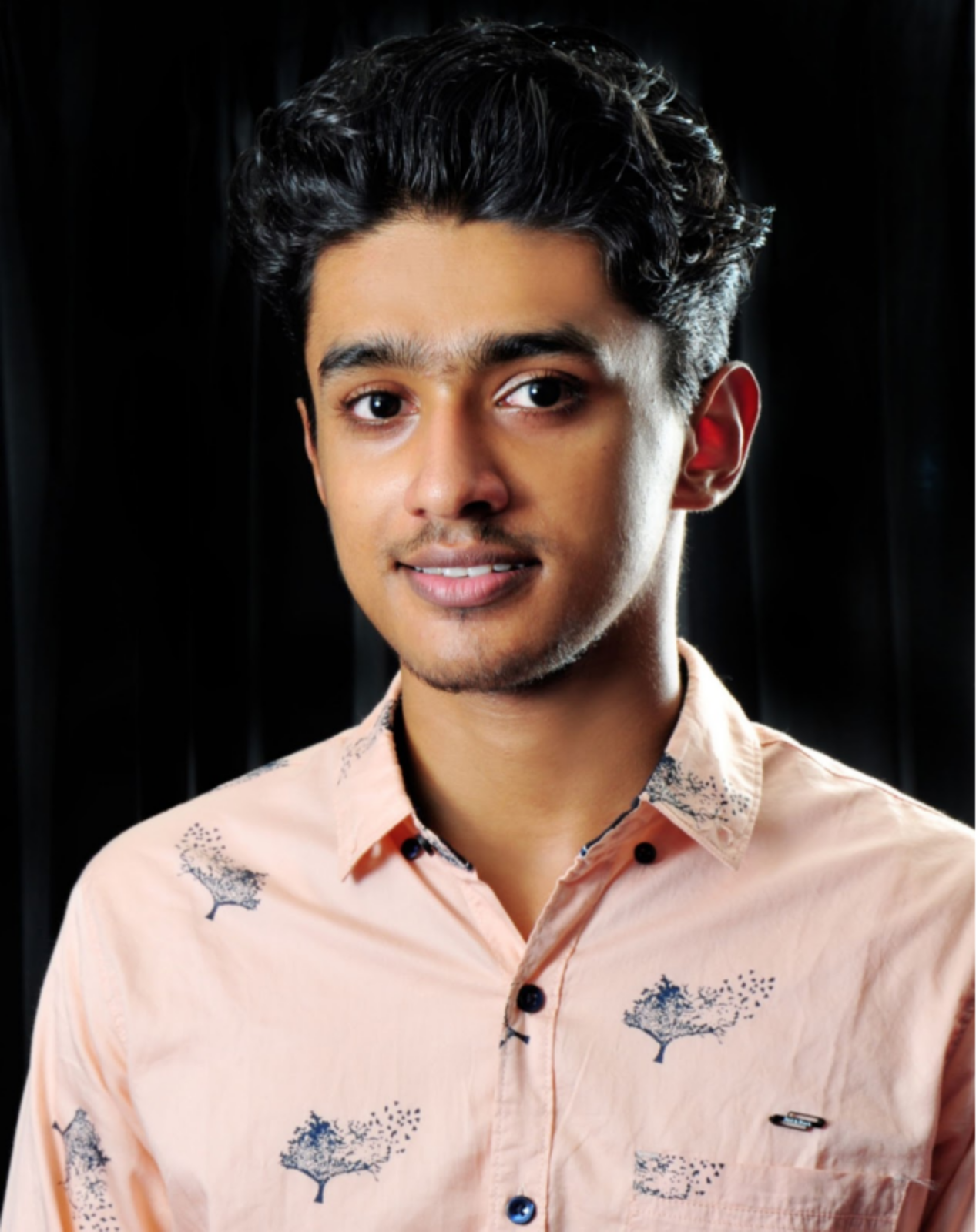 Mufeed is from Kerala. He completed his bachelor’s in psychology from Calicut University. He is interested in decision-making, emotion, attention and consciousness. He loves music and cricket. 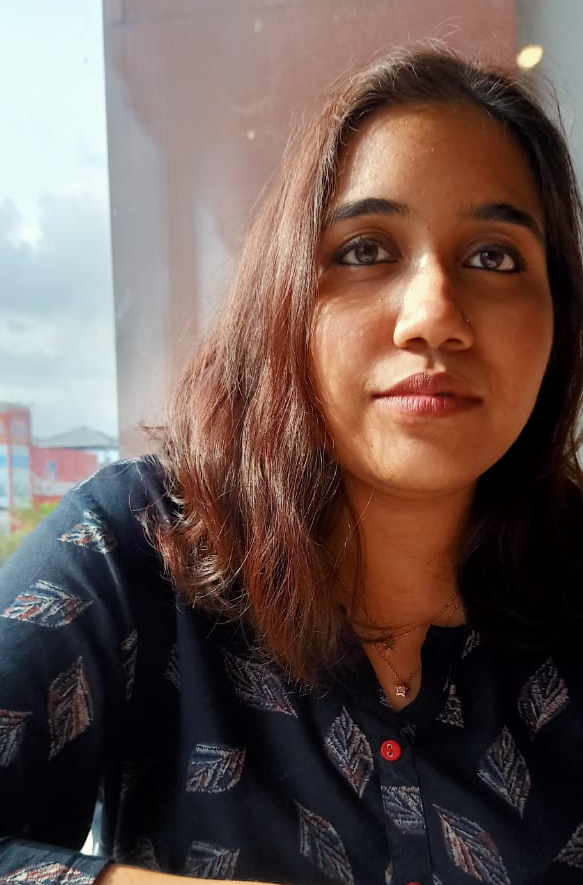 Remya is a native of Kerala. She completed her Bachelors in Psychology from University of Calicut. The main reason for opting a masters in Cognitive Science was her interest in understanding the intricacies of brain activity and its effects on Cognition. Her area of interests are decision making, emotion, UI\UX design and consumer behavior. She aspires to utilize her knowledge and skills in the area of product development. Apart from academics she spends most of her time reading and working on mandala art. 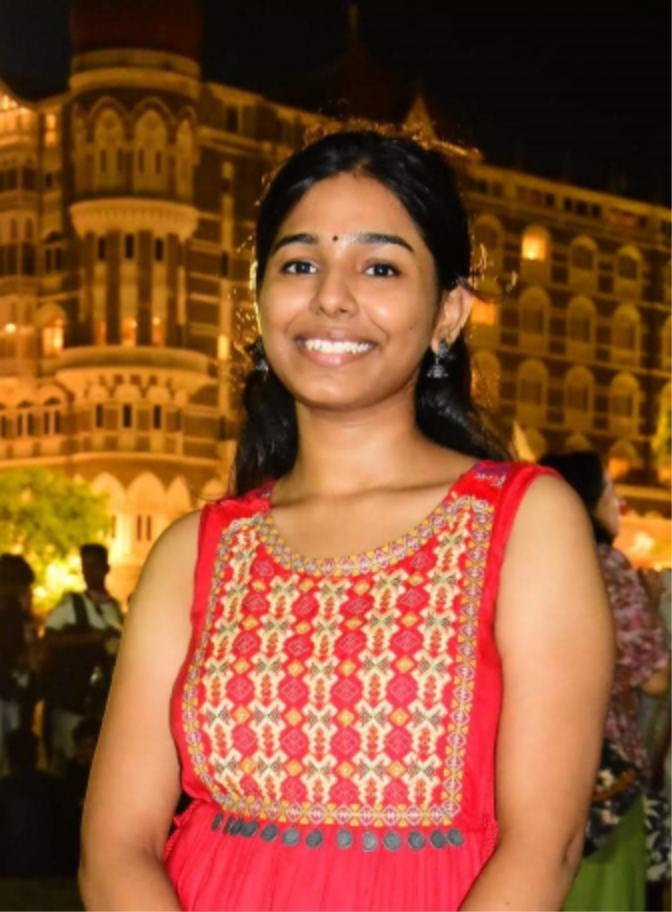 Mridul did her B.Sc. in Psychology, Zoology, and Chemistry from BHU, Varanasi. She is interested in studying different cognitive processes of the brain on a cellular level and takes a deep interest in the field of neuroscience. Apart from academics, you can find her painting, reading, and enjoying music. 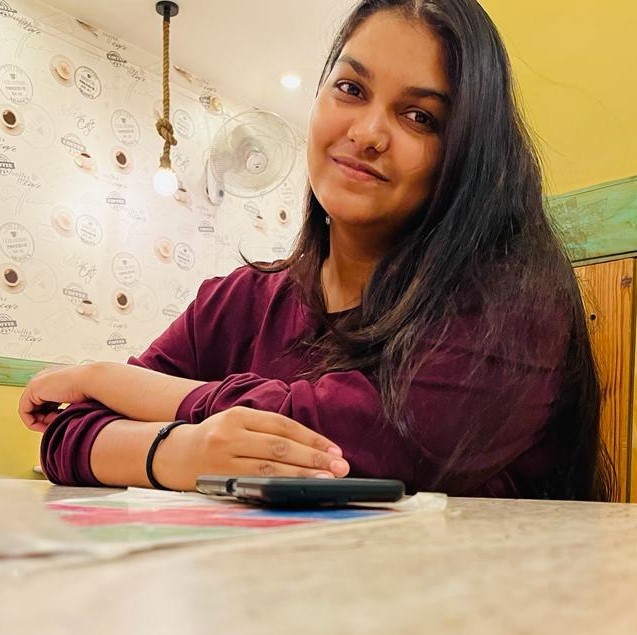 Ananya is tenacious,hard working and a dreamer who loves to dream big and aims for big things in life. She is from a small city Mau( UP). She has completed her gradution in Psychology, Political Science and English literature from Lucknow university . And while being on a journey with psychology she got to know about Cog Sci which really interested her and here she is exploring understanding of human mind.She is interested in human behaviour, cognitive disorders,emotions and functioning of mind. Somedays it comes to being totally unaware about it but maybe that’s what make her more driven to learn about it. Apart from academics she loves exploring the nature, doodling ,painting,and a eclectic taste of music.

Shubhi is a free spirit ,exploring who she is and always being in awe of her interesting life. She is from Jabalpur(M.P) and has completed her Bachelors from Institute for Excellence in Higher Education,Bhopal. She believes that “the mind is always willing to help us” and loves the beautiful paradox of the mind using itself to understand itself. While researches in sleep,dreams,false memories,the secret life of plants,decision making and mental imagery amaze her, it all comes down to believing that “I know nothing” and this must be a good point to start and never turn back! 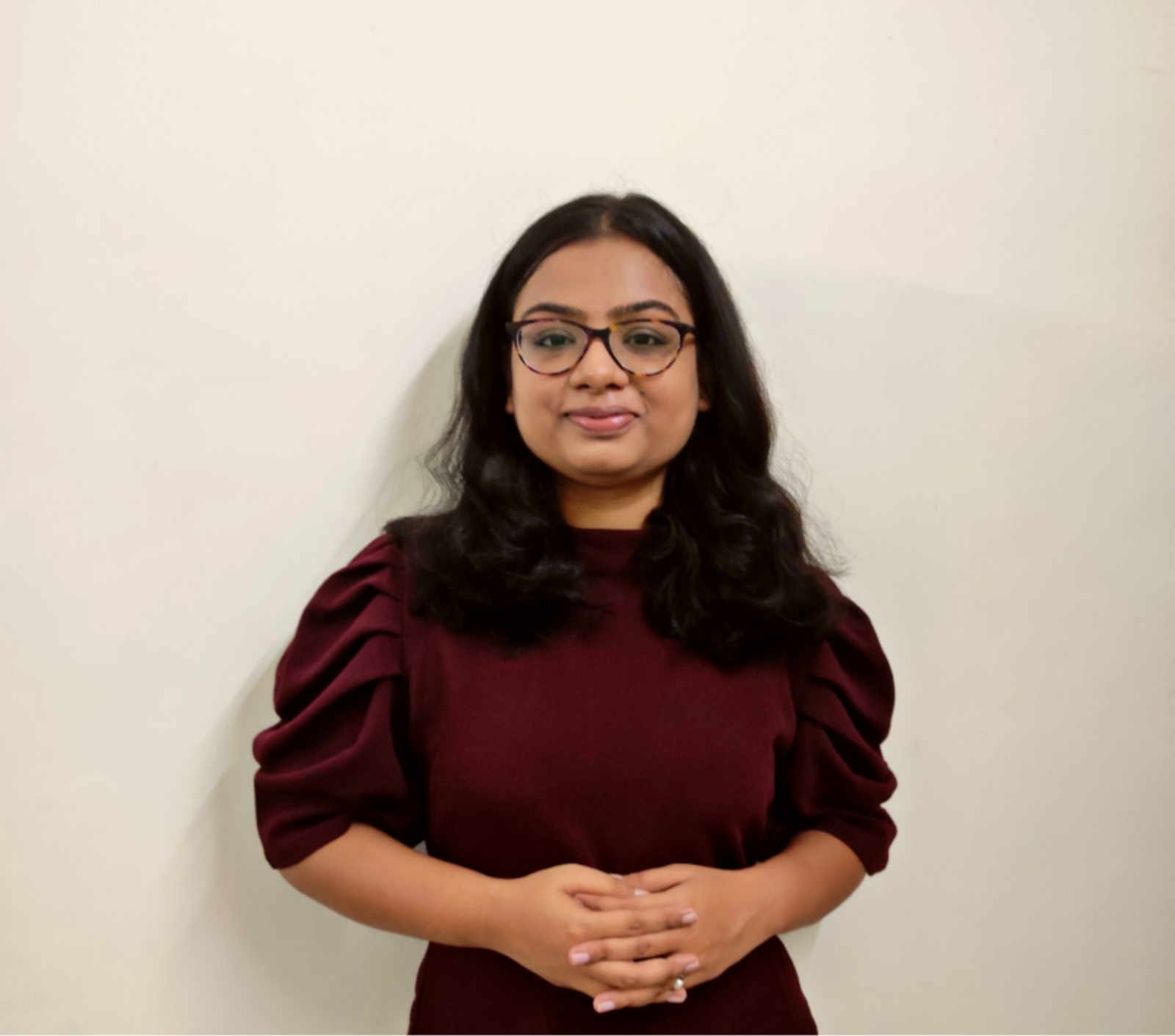 With interest in philosophy, literature, spirituality and human behaviour, Vaishnavi is a graduate in Psychology from the Banaras Hindu University. She is an avid reader and a passionate writer. In the future, Vaishnavi desires to apply her knowledge of psychology and human cognition to the consumer dominated industry to improve the quality of user experience, develop neuro marketing strategies and to help organizations implement a human- centred approach to product development. 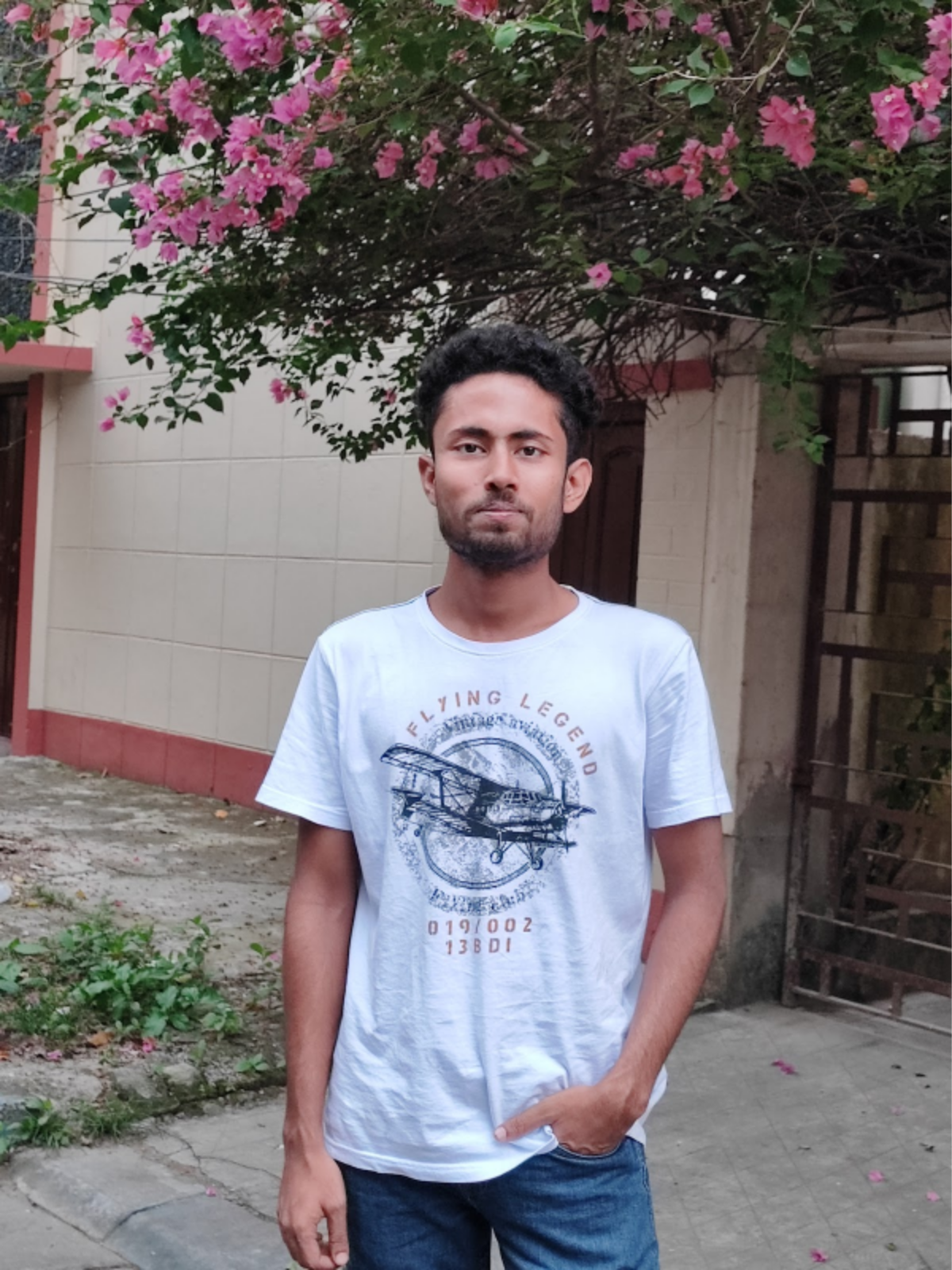 Sumit is from Kolkata and has his B.Sc. in psychology from Calcutta University. After finishing his 12th-grade year, he was first introduced to psychology and became interested in it.He found interest in cognitive science since it can provide him with a much better understanding of human behaviour and emotions. His areas of interest are UI/UX design, psycholinguistics, and consumer behaviour. 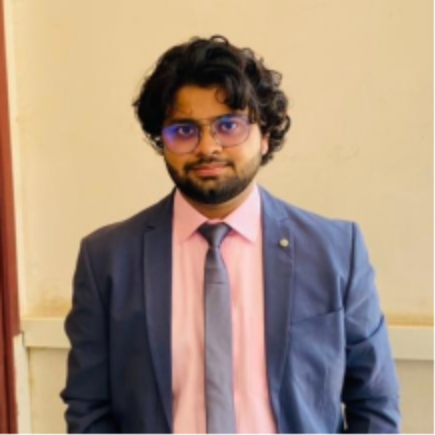 Utkarsh Shukla is an ambitious, overthinking, and perseptive guy from the city of nawabs – Lucknow. Coming from a psychology background, Utkarsh has multiple interests in the field of cognitive science, with computational linguistics, decision-making, game theory, and psychometrics, to name a few. He is interested in integrating human sciences with the machine world by critically understanding both. Apart from studies, he loves to listen to Hindi music and is always interested in movies and series on which he spends his free time. 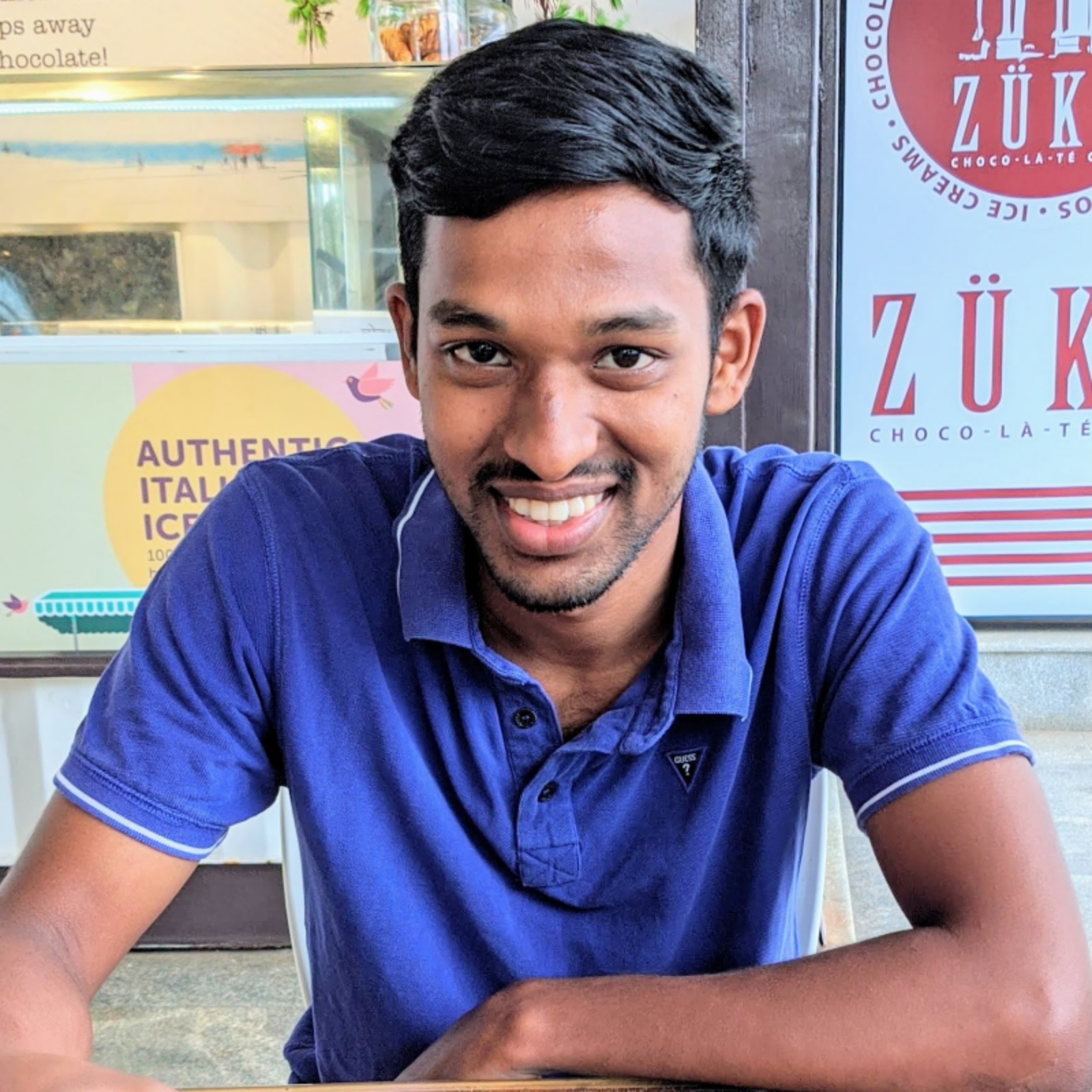 Arvindhane is from Pondicherry where he completed his bachelor’s degree in Dialysis Technology (Paramedical) at JIPMER. His curiosity to explore the complexity of human mind and his cravings to understand thoughts and emotions led him to pursue Cognitive Science. He loves to think and question about self & his reality around very often. Derives great pleasure both physically and mentally by playing Basketball in his free time. 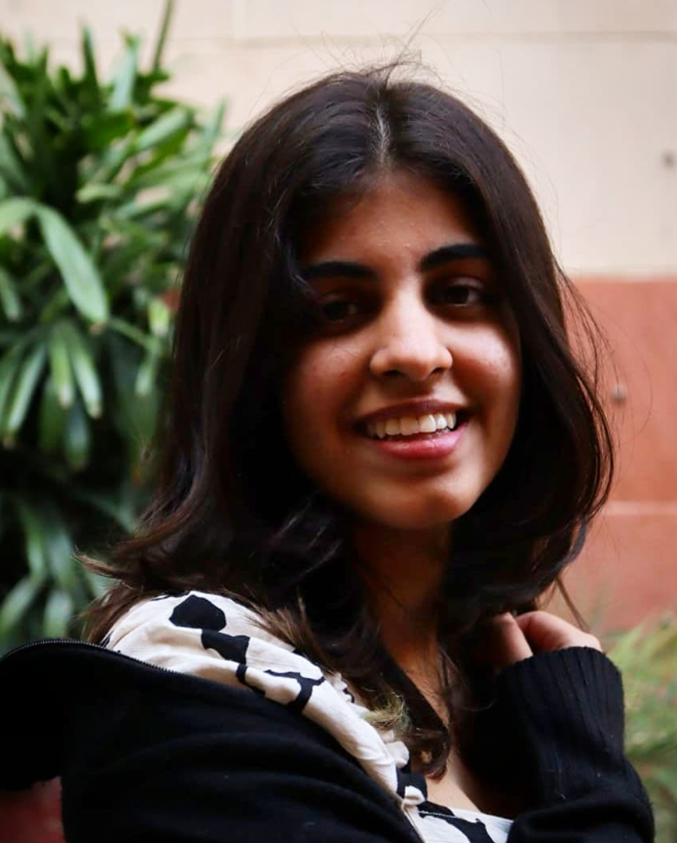 Shreya is from Delhi and completed her BSc in Psychology from Christ University. She finds everything about the human mind interesting and is fascinated about how the brain processes a vast multitude of information every second, throughout the day. She is interested in decision making, artificial intelligence, and cross-cultural differences in cognition. Outside the classroom, you can find her reading, listening to music, discovering new food, colouring her hair, or just playing her guitar in her room. Rajneet comes from Punjab. Human behaviour intrigues her. The day she got to know about Psychology, she decided that she want to explore the field. She completed her B.A. (Hons) in psychology. Through her journey with psychology she got to know about cognitive science. Which brought her here with the idea to explore cognition and thus behavior in terms of brain activity 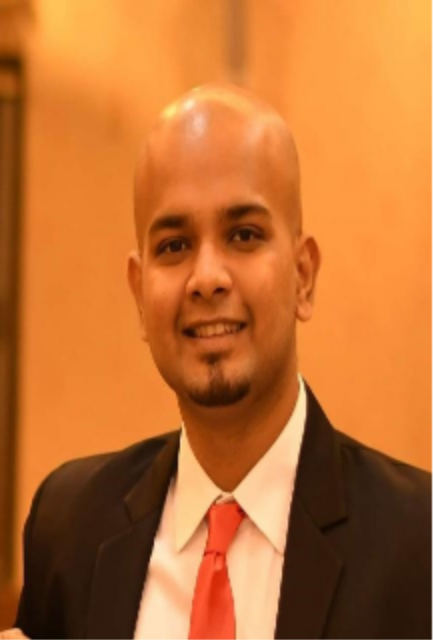 Rohit is from Mumbai and has completed his Bachelors in Instrumentation Engineering from V.E.S.I.T. (Mumbai University). His curiosity about philosophical concepts combined with his fascination with equations has led him to the path of pursuing Cognitive Science in order to figure out the algorithms that govern the human mind. His interests lie in Computational and Cognitive Neuroscience to answer these questions. 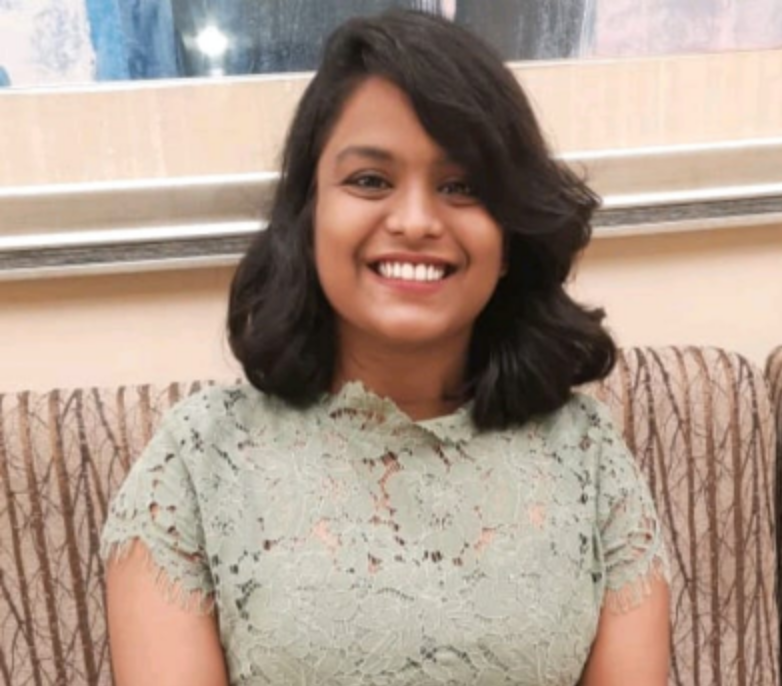 Ankita belongs to Patna, Bihar. She has completed her graduation in Neurophysiology technology from JIPMER, Puducherry where she majored in Clinical Neurophysiology and electrophysiology following which she chose to pursue cognitive science and broke the chain of finding technical jobs after studying neurotechnology. Her interests lie in the areas of neuroprosthesis, neurobionic devices, cognitive disorders, brain stimulation techniques and cognitive development.

“Eclectic” is the word that describes Joveta’s backgrounds as well as her interests. She is from Bengaluru and completed her graduation in Psychology, English Literature and Journalism from Jain University. Her interests lie in Decision Making, Consumer Neuroscience, UX/UI Design, Time Perception and Perception of Music. 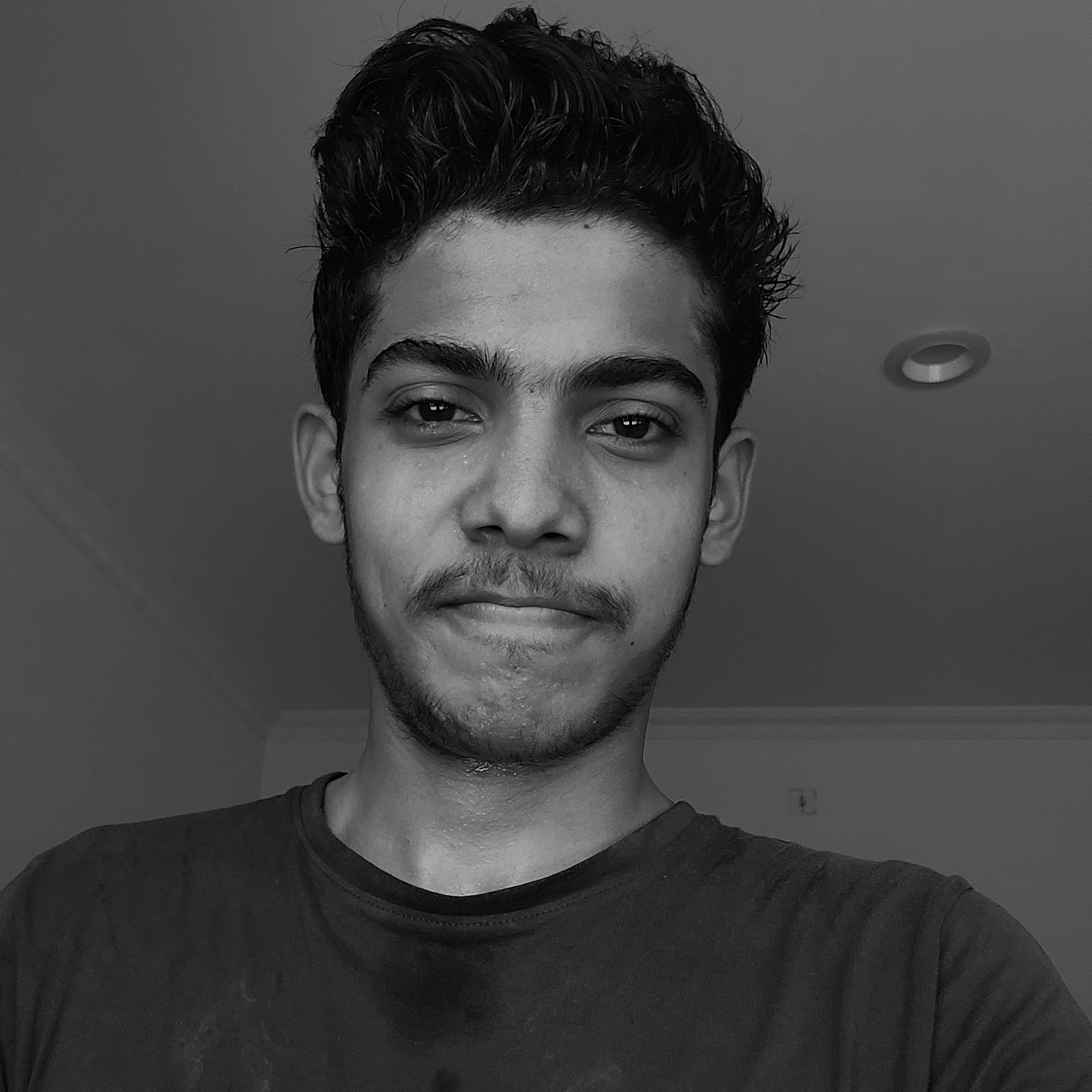 Aflah is from Kerala,He did his graduation in Bsc.psychology from University of Madras.He is interested in Attention and Perception. 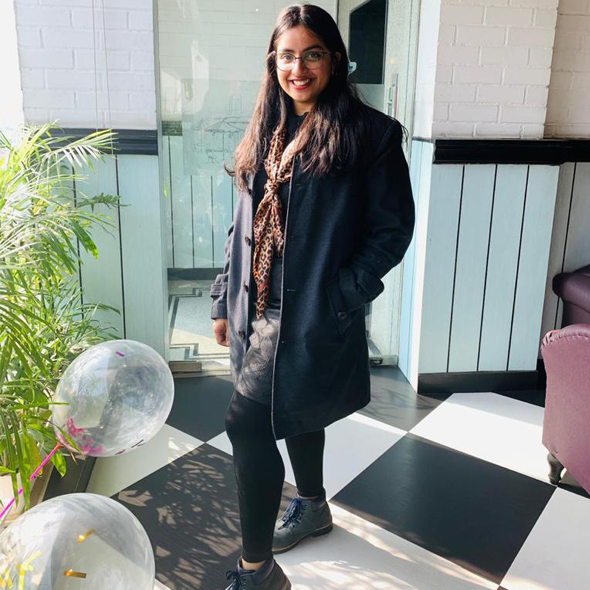 Sharvi hails from Prayagraj and has majored in History with her elective as Psychology from Daulat Ram College, University of Delhi. She is intrinsically interested in Psycholinguistics, Decision-Making, treating Cognitive Disorders and Music Cognition. She is often found singing, playing instruments or petting animals. She likes to indulge in social work, debates, writing articles and poems and capturing landscapes and portraits. Sharvi is always up for discovering places and dishes new to her! 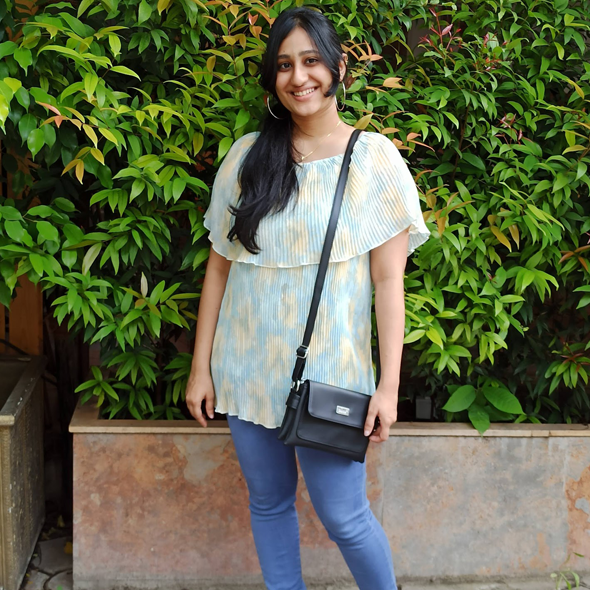 Sayali is from Pune, and she has completed her graduation in Psychology from Fergussson College. She wishes to investigate Language Acquisition and Cognitive Functions in Infants. She further wants to delve into academic research in this field, and apply those insights to improve the process of Education. In her free time, she loves to read books while sipping Coffee! 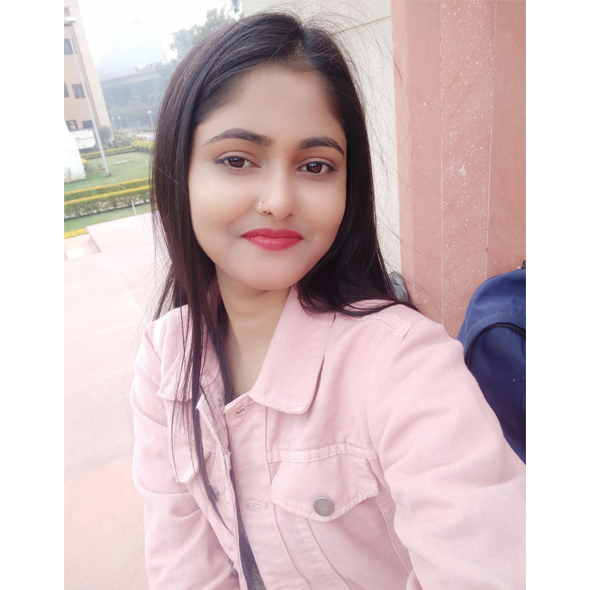 Ritu is from Ballia Uttar Pradesh and has completed her graduation in psychology from Patna University. She is interested in functions and processes related to brain processing, decision-making and problem solving. 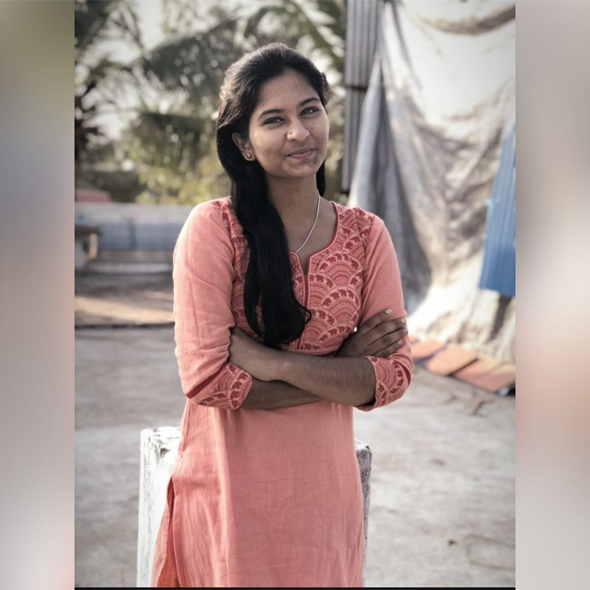 Renugha is from Chennai and has completed her graduation in psychology from Annamalai University.She is interested in research areas covering social emotional learning and neuropsychology. She is currently working as special educator for dyslexic and autistic kids. 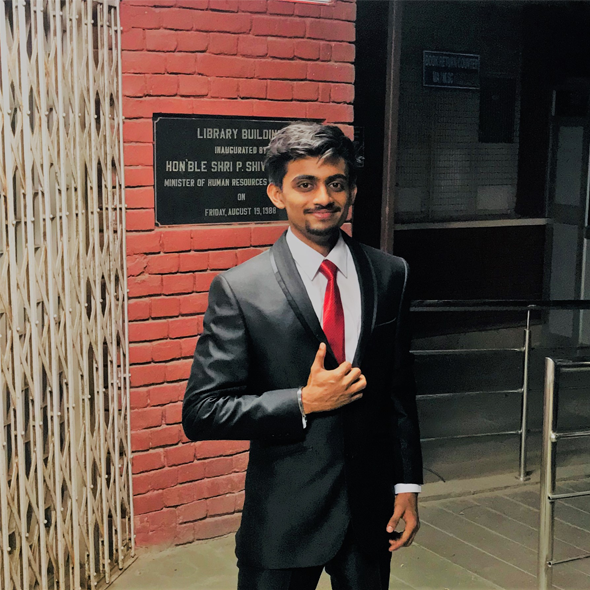 “Pranjul is from Kanpur and has completed Bachelor’s in Physics (Hons.) from Kirori Mal College, University of Delhi . He is of INFP personality type and his interests lies in the field of Consciousness, Psychoneuroimmunology, Culture & Cognition and basically everything that excites him .” 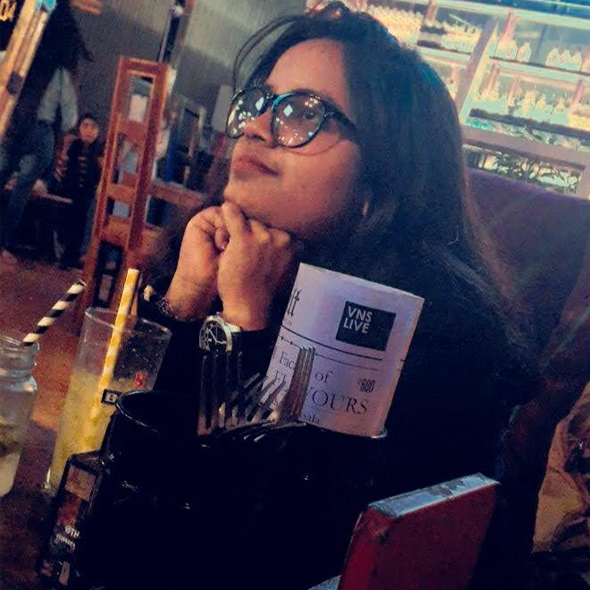 Adarsh has done her bachelors in Botany from BANARAS HINDU UNIVERSITY. She is interested in forensic science as well. When idle music is her companion, books are like drug to her. She has given much of her time to writing, both in casual and formal spaces. Observing behavior is her favorite part while interaction, though much of an introvert type. 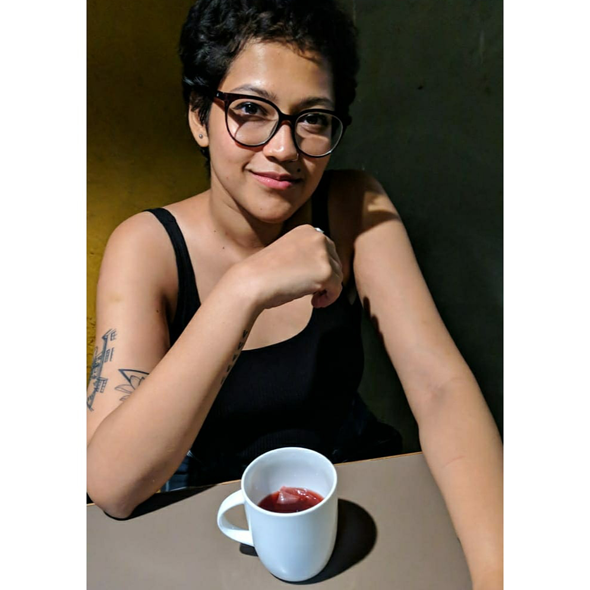 Kriti spent 5 and a half years getting her MBBS degree from Kasturba Medical College, Mangalore, and then decided she’d had enough of that and now she’s here. Now that she is here, she is interested in furthering her own and the world’s knowledge about neuroaesthetics, neurodesign, cognitive disorders, phenomenology and cognitive linguistics. Outside of labs and classrooms, she’s happy to be reading, writing, orating, or having spirited debates about just about anything. 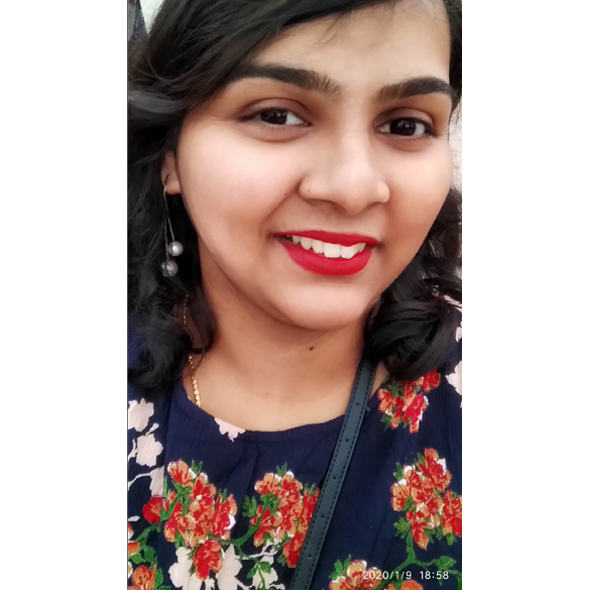 “Hurshitha is a Curious Bookaholic Ambivert who has completed her Bachelors in Life Sciences and Psychology. Her Research interests are Developing Experimental and Computational Models for Neuro-Cognitive Disorder Diagnostics, Evolution of Emotions, Child Development, Cyber Relationships and Finding Neural Pathways for Behaviour related to Obedience and Morality. Hurshitha has also published books Haze and Aporia. She dreams of becoming a Cognitive Science Researcher, who can inculcate passion for multidisciplinary sciences for future generation. “ 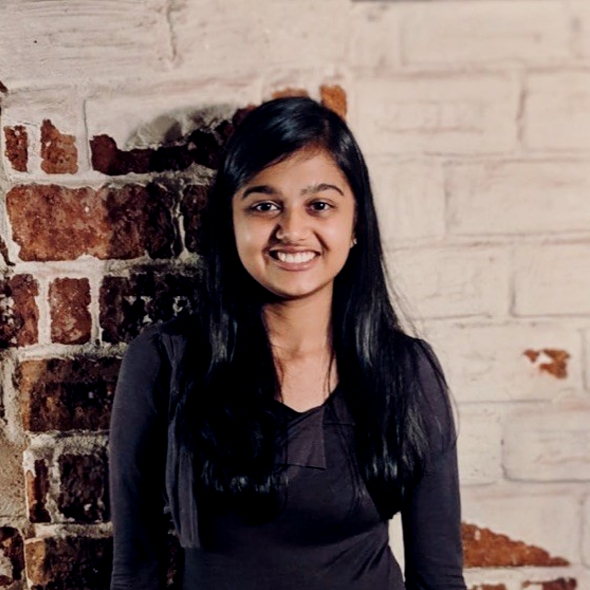 Hiral is from Mumbai and has completed her Bachelor’s in Psychology from St. Xavier’s College (Autonomous), Mumbai. She is interested in decision making, neuropsychology, memory and user experience. She identifies as a generalist and seeks to explore atypical connections – in and outside of work. She enjoys quizzing people and loves adventure sports. 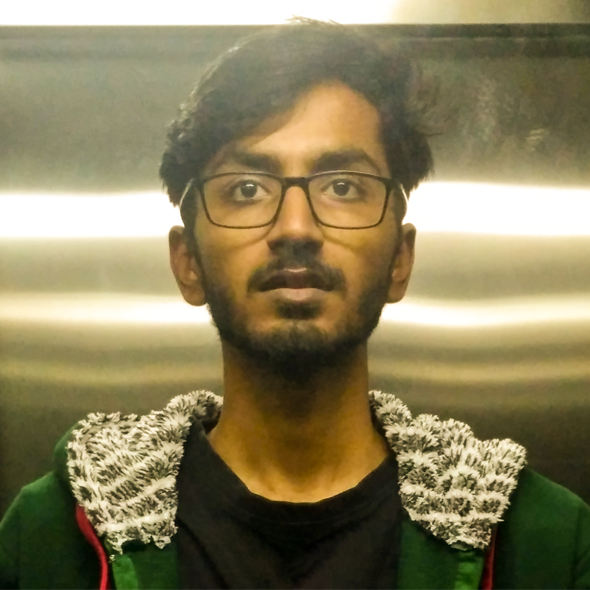 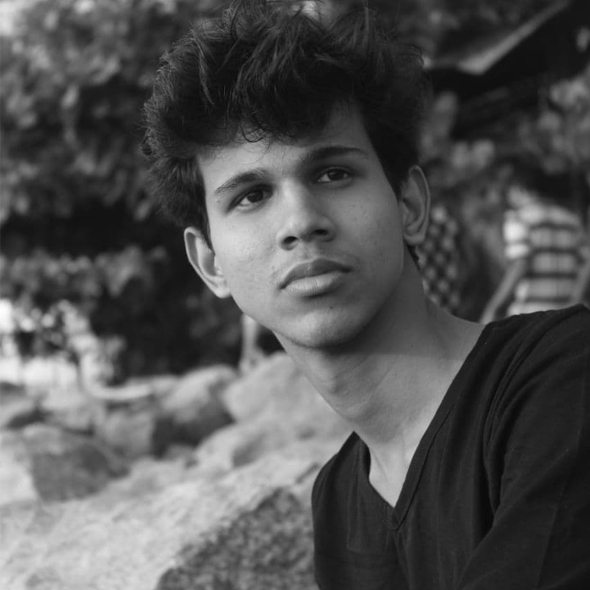 Gokul is a Keralite. After completing his Bachelor’s in Physics and Mathematics from Amrita University, his focus has turned towards the understanding of human mind. Some of his interests are in theoretical AI, Color Perception and Emotions, Cognitive Neuroscience etc. He always finds time for reading books and listening to Indian Classical Music (Especially Carnatic). 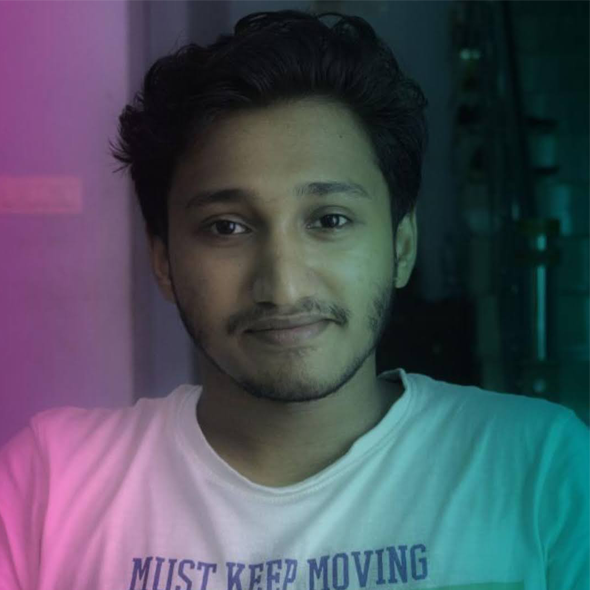 Devasish completed Bachelor’s of science in Psychology from Farook college (Autonomous), Kozhikode. He is a national level badminton player who can be counted upon any sports related psychological studies. He is currently working to solve the mystery about team cohesion in team games. 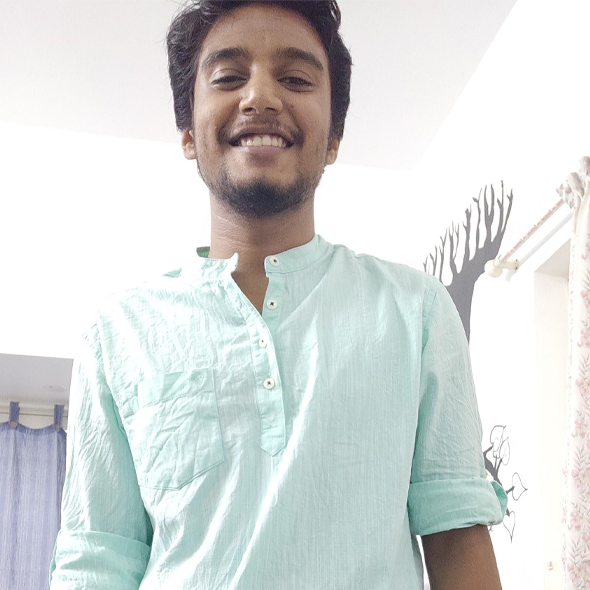 “Bhaj Gobindh has always found interest in the trying to understand consciousness and its evolution, the idea of the self, and in investigating how sensory information becomes perception or how one becomes the agent of their action. He completed his graduation in biotechnology, chemistry and zoology from Christ University, Bangalore. His interests range from poetry to history to theoretical physics, and he finds philosophical enquiries lurking in every topic.” 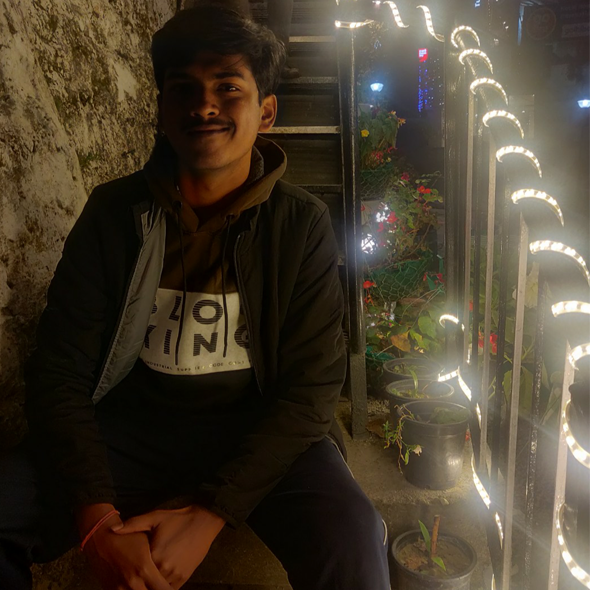 “Arihant is from Delhi. He completed his Bachelor’s in Applied Psychology. “”Live to try.”” This is the motto he lives by. Never letting go of any opportunity to experience a whole new feeling is what he strives for. This is what attracted him towards Cognitive Science. While Consciousness, AI, linguistics and modelling are few of his interests, he is open to the millions of possibilities that the field has to offer.”

An artist-scientist from Bangalore, Amruthavalli is a dancer, singer and researcher. Her interests include Aesthetic Cognition, Affective Science and Epistemology. She completed her BSc. in Chemistry, Botany and Zoology from Mount Carmel College (autonomous). An inquisitve mind, she loves a good debate and spends her time dabbling in poetry and Indian philosophy. 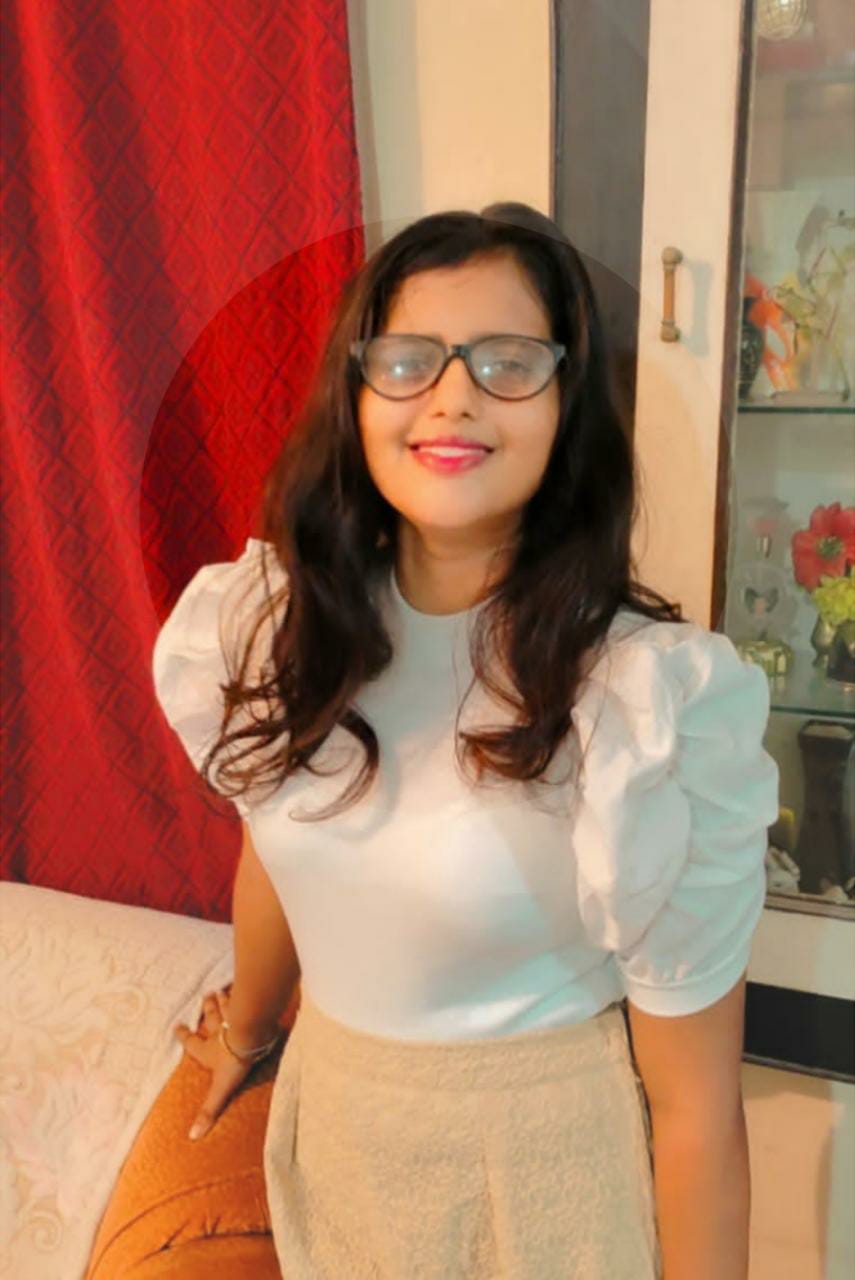 Akanksha is from Varanasi, completed her bachelors from Banaras Hindu University (BHU). Chasing Cognitive science brings her “On Cloud nine”. She is now working on Biological bases of behavioural neuroscience, the Altered States of Consciousness, Behavioral disorders, Perception, Emotion and so on. Akanksha is a National level Handball Player, also passed her HSC from Sanskrit Board with a scholarship. So, Be it Social Consciousness, Collaboration, Creativity, Grit, critical thinking she always ‘Come off with flying colours’.