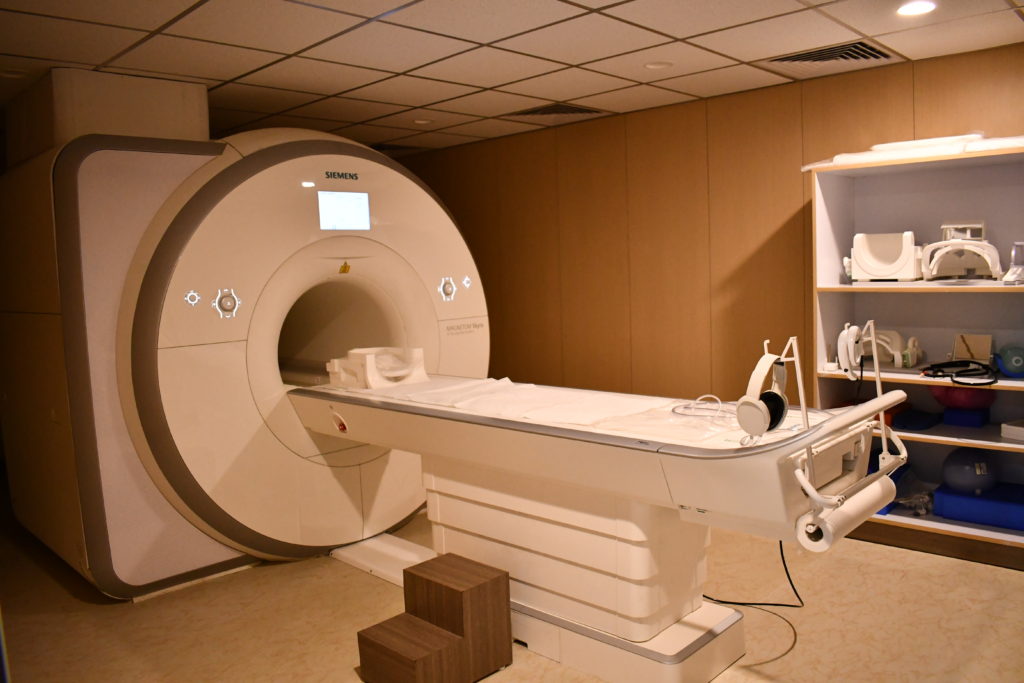 The Centre of Behavioural and Cognitive Sciences, University of Allahabad has established a National Neuroimaging Facility, which is the first of its kind in a University set up in India. The facility was inaugurated by Dr. Harsh Vardhan, then Union Minister of Science and Technology, Government of India on February 2nd, 2019. The salient feature of this facility is the 3 Tesla functional Magnetic Resonance Imaging (fMRI) scanner as well as other labs to study brain and cognition. The Neuroimaging facility is being used to investigate and understand the brain- based mechanisms underlying various cognitive processes such as attention, emotion, memory, language, perception action, and decision-making.

The current ongoing projects at the fMRI facility as CBCS: 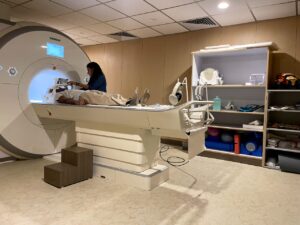 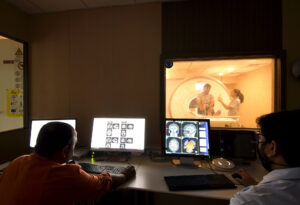 The EEG/ERP lab has state of the art EEG/ERP systems. One of them is the 128 channel EEG/ERP stand-alone system from Electrical Geodesics Inc (EGI) and a 64-channel portable EEG/ERP system from EGI. We have recently acquired a high density Biosemi EEG system through the DST FIST grant to build an interface between EEG/ERP, eye tracking and physiological measurement.

We have worked on projects on meditation, a pre-post study on children with dyslexia undergoing remediation, neuroeconomics, affective control, emotion and attention, bilingualism and cognitive control. One of our current projects funded by CSRI-DST (P: Prof. Bhoomika R. Kar) investigates the effect of levels of trait anxiety on adjustments in cognitive control looking at changes in ERP latencies and amplitudes. 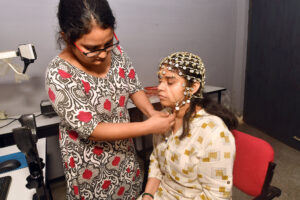 The lab is for the purpose of doing experiments and collecting data to study visual perception, attention, language processing, working memory and other related cognitive processes. This lab is equipped with eye trackers which include a head mounted SMI iViewx HED (with HS1250 upgrade & BeGaze software) eye tracker for studies on perception, attention, and language. We have recently acquired a new eye tracker (1000 Plus) from Eye Link with a high resolution. The lab is also equipped with software for stimulus presentation (E-Prime) along with necessary hardware to perform behavioural experiments. Very recently we have also acquired a mobile eye tracker (Portable Duo) from Eye Link through the DST FIST grant.

Some of the ongoing projects using eye tracker are as follows: 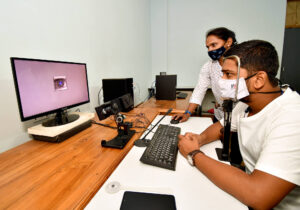 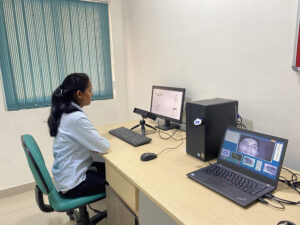 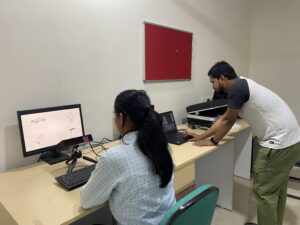 This laboratory conducts experiments to study brain mechanisms underlying executive control of movements and perceptual decision-making. The current projects in this lab also aim to understand how the pupillary aperture of the eyes may be used as a bio-marker of movement planning and decision-making in normal and diseased condition. To this end, the lab records gaze and/ or touch locations and scalp potential.

The current projects in this lab aim to understand the mechanisms of decision making for coordinated eye-hand movements, influence of attention on executive control, and how endogenous and exogenous ordering of sequential eye movements modulate response time, also investigating the role of pupillometry in action planning and control (Pandey & Ray, 2021, 2022). 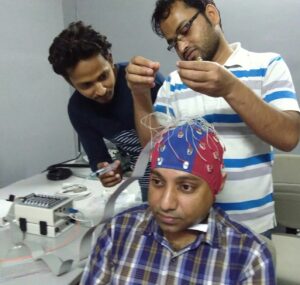 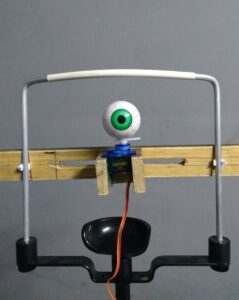 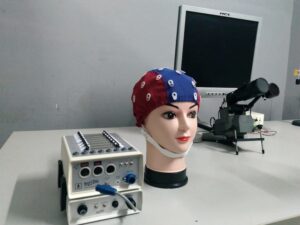 The lab is well equipped with the latest computers (3 iMACs, and 4 dual Processor servers/workstations) and software like MATLAB, SPSS, E-Prime etc. The lab has two servers along with a Network printer as well as a BSNL BROAD BAND High-speed internet connection through LAN. This lab is for Masters students where they can sit and work, design their experiments, code and analyze data or any activity related to coursework/assigments.

The Biopac system with EMG, skin conductance, ECG, and respiration sensors has been acquired for physiological measurement. Studies on anxiety and cognitive control at the Centre intend to record physiological parameters such as heart rate variability using the Biopac system. 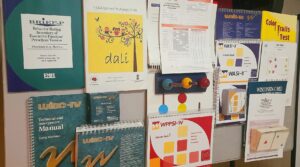 The virtual reality lab has a set of accessory equipment that enables interaction with the user. The lab has a 5DT HMD 800-26-3D, Sensable Pantom Omni Device, 5DT data gloves with wireless kit, Phantom omni development kit, and 4 Ascension flock of birds’ sensors. The lab also has the Vizard software for developing VR experiments and applications. Projects investigating human visual space in a virtual reality set up have been conducted using the VR set up at the Centre. We plan to upgrade the systems and also expand the facilities to perform multisensory perception and learning experiments.

Transcaranial magnetic stimulation is a noninvasive manipulation method in cognitive neuroscience which aims to understand the neural mechanisms of cognitive processes through electromagnetic induction. The TMS lab at the Centre houses a MagPro X 100 repetitive transcaranial magnetic stimulator, Neural navigator (NeNa) and butterfly coils. Centre faculty and students plan to use TMS to investigate the interaction between domain general cognitive control and language control in bilinguals; selection, planning and inhibition of action and other areas of research. 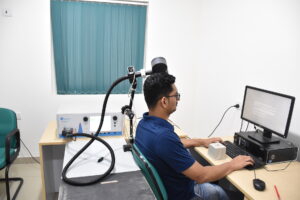